We make useful things that help you do good, better.

It seems to us that those that ‘do good’ are always out-funded and out-gunned by the henchmen of the status quo. Those who hold the most power and sit atop the highest mounds of gold are the ones who benefit the most from keeping things just as they are, thank you very much.

And to ensure the great swindle continues apace billions are poured into campaigns and lobbying of politicians and decision makers to sow doubt and limit progress on every issue us do-gooders hold dear to or our hearts. That’s why they outgun us and one of the reasons they are winning.

But they suffer from one major weakness – we outnumber them, many many times over. The mathematics of inequality and privilege are intractable, the few extract from the many. Thus, it seems, it has always been, we’re in the business of making sure it will not always be.

That’s why we’re arming the people that go into battle for the causes we support – the do-gooder activists – with the most effective, powerful tools we can build (for the lowest cost possible). We’re not trying to arm everyone, either. You see, none of the great progressive social movement has ever mobilised the majority of people to create change. On the contrary, it’s always been a small motivated enlightened (naive!) group within society, passionate about changing the world and motivated to do it.

Whether that be the suffragettes, the abolitionists, the anti-apartheid or anti-war movements of the past – or the resurgent progressive movements fighting for the most critical issues of our times today. All of these movements began as a small core group of 'naive' do-gooders who dared to believe that they could change the world, then surprised everyone by doing it.

More than ever, our world needs passionate do-gooders to step up – with passionate hearts, strategic minds and the best arsenal money can’t buy. That’s why we built Do Gooder, and that’s why it’s only available to progressive campaigners – because we believe if we can arm every activist who steps up with the tools they need to do good, then the world we want to see will be. 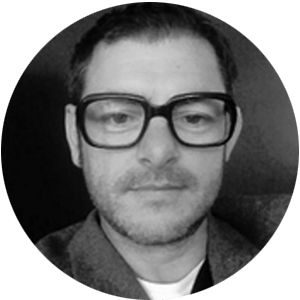 Our ultimate objective is to make democracy more representative and effective by making it far more participatory. Do Gooder's tools have one purpose, to break down the walls between those in power and those they purport to represent.

The team that built Do Gooder

Do Gooder is based in Sydney, Australia with team members dispersed around the world. We built Do Gooder after working for a decade on campaigns for progressive society. We experienced first hand how tough it is to create change without the resources to do it properly – so we got to work co-creating a platform that levelled the playing field for progressives.

Get started for free